Herbicide treatment of Japanese knotweed in the client’s back garden 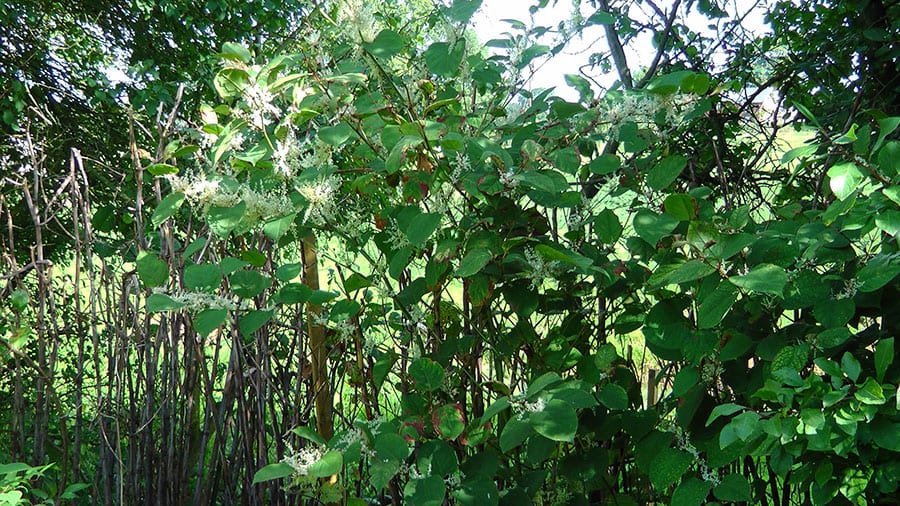 The Japanese knotweed stand that occupied the area of approximately 20 sq. metres was present in the end of back garden of the property at the boundary with the neighbouring farm. The survey was carried out in April 2016 and generally, dead canes were evident in the area. 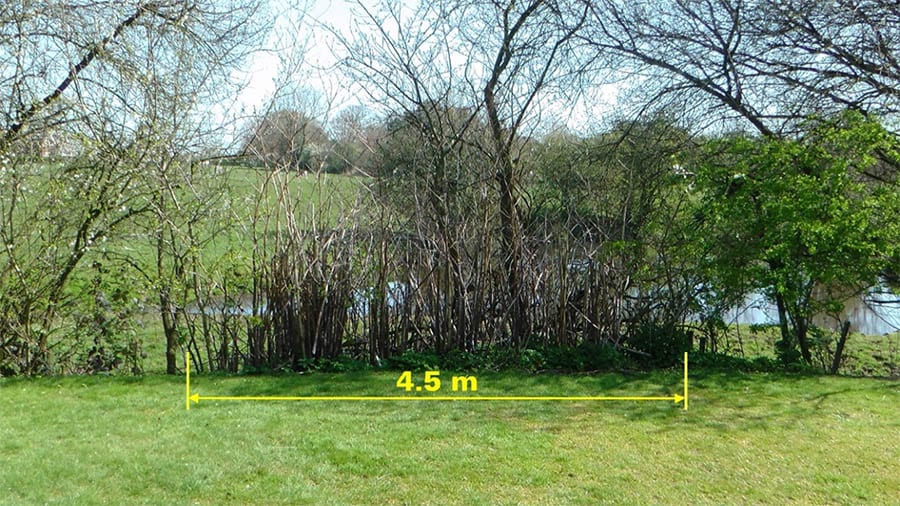 However, close up observation revealed new emerging shoots of pink appearance in front of dead canes. 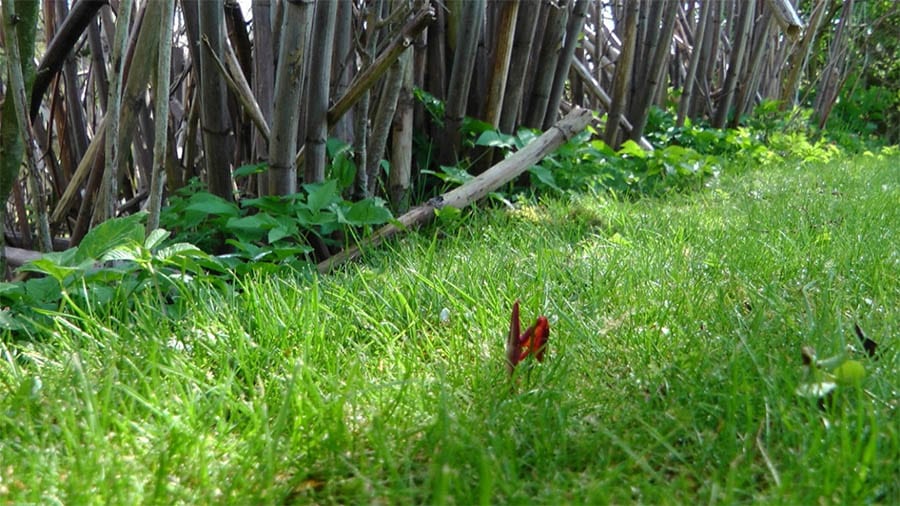 General appearance of the stand from the farmer field is shown in the picture below.

As the Knotweed-occupied area was adjacent to the lawn that was carefully maintained we suggested to treat the plant by injection of herbicide. The injection into the stems will affect the knotweed only, leaving the grass intact.

Before the treatment, the client was advised to refrain from disturbing the area by any means to succeed our treatment programme. Further, we erected temporary fence at the boundary with the farm, thus preventing farmer’s horses from accessing the area. During the visit in June, the plant reached the adult stage as shown in the next photograph. The majority of the stems were about or over an inch wide, thus allowing the use of injection technique. The herbicide was injected in all individual stems in accordance with the manufacturer’s instructions. 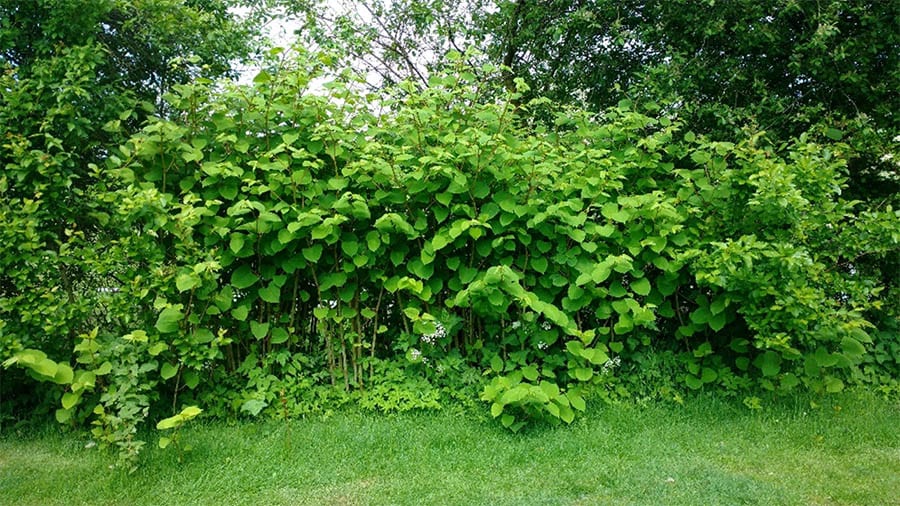 Small plants were treated by wiping the herbicide over the leaves. 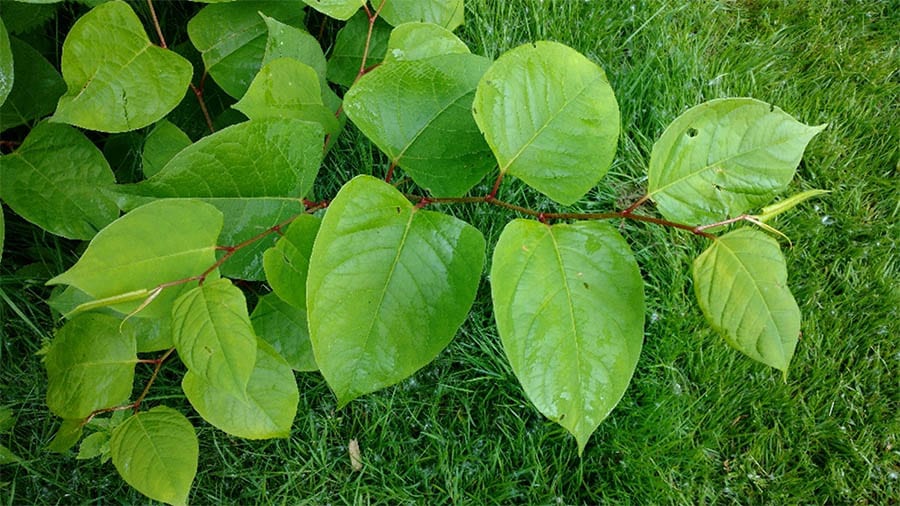 The second treatment was applied in September.

No regrowth was observed throughout 2017 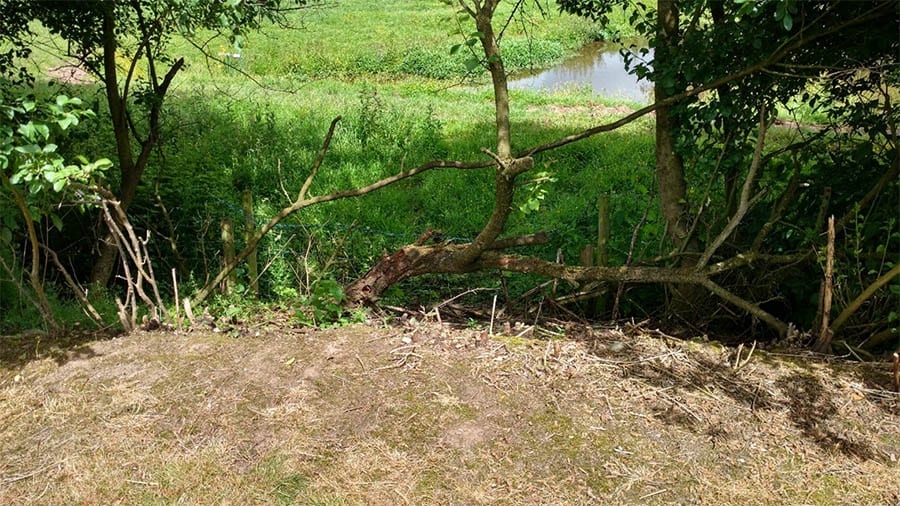 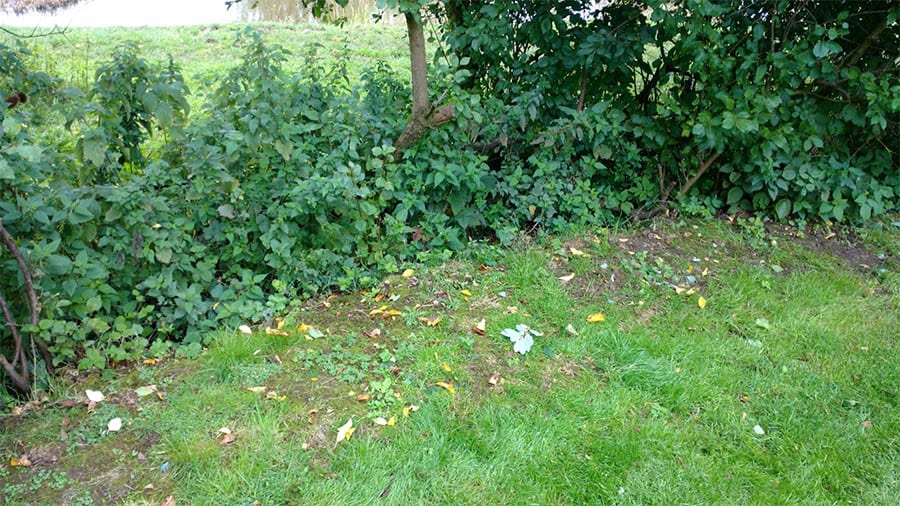 In accordance with the Code of Practice of the Property Care Association, no regrowth has been observed within two full growing seasons. This allowed for consideration that herbicide treatment has been affective or that the site is clear of Japanese Knotweed. The Certificate of Completion was issued and forwarded to the client.