Area under treatment: over 100 sq. metres.

The client’s property is a disused pub that is being converted into residential flats. Japanese knotweed is present at the back of the client’s land and to the side and back of neighbouring property. The client decided to put a management plan on eradication of Japanese knotweed in place to facilitate selling the flats in the future.

Japanese knotweed stand over 2 metre tall was densely populating the area on top of the retaining wall in front of the building. 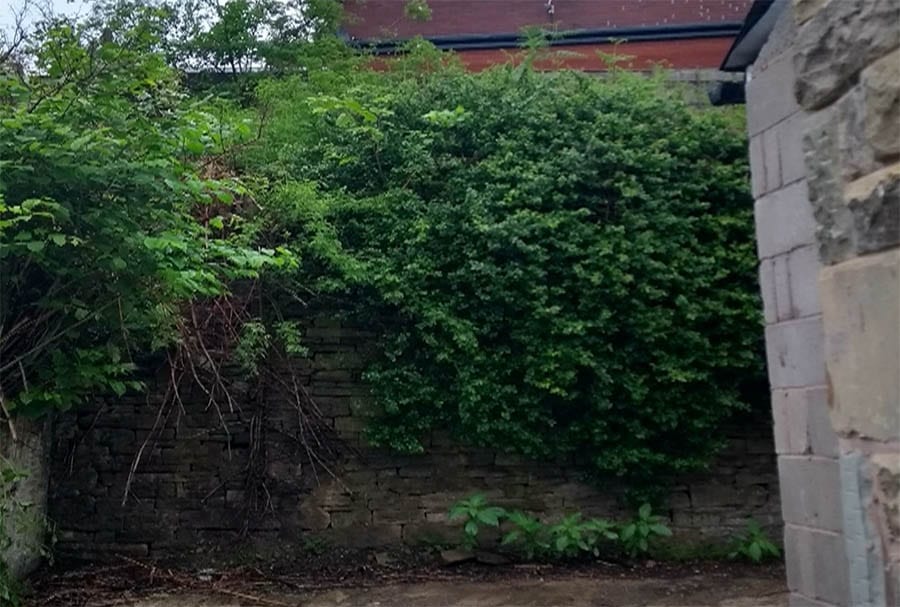 Japanese knotweed was also present on the land of the privately owned neighbouring property. 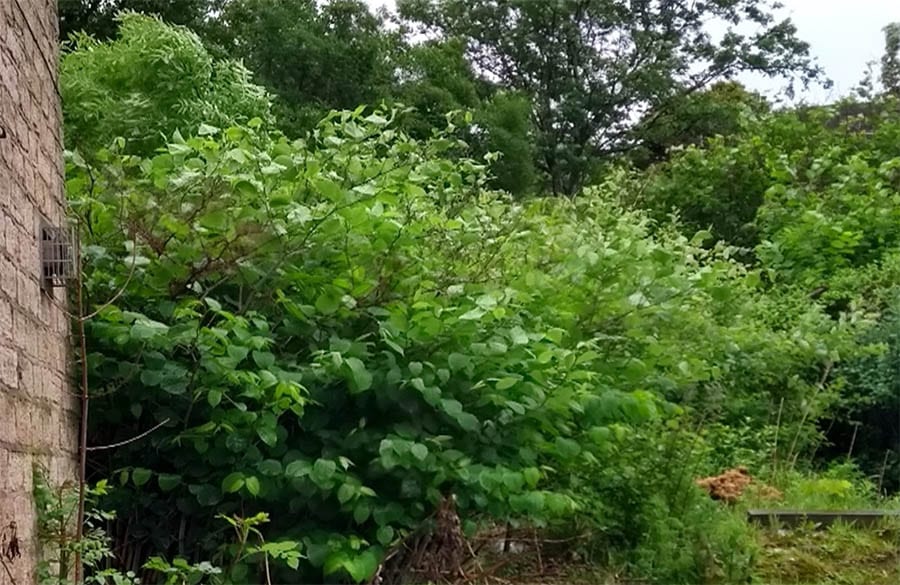 As the knotweed was located within a distance of 7 metres from the habitable space (the disused pub building), a management plan to treat Japanese knotweed was formally required. A three-year treatment plan followed by two-year monitoring was agreed with the client.

and near the neighbour’s house.

Most of the area was successfully affected by treatment in the year 1 as revealed during the site visit in the year 2 shown in the next two photographs. 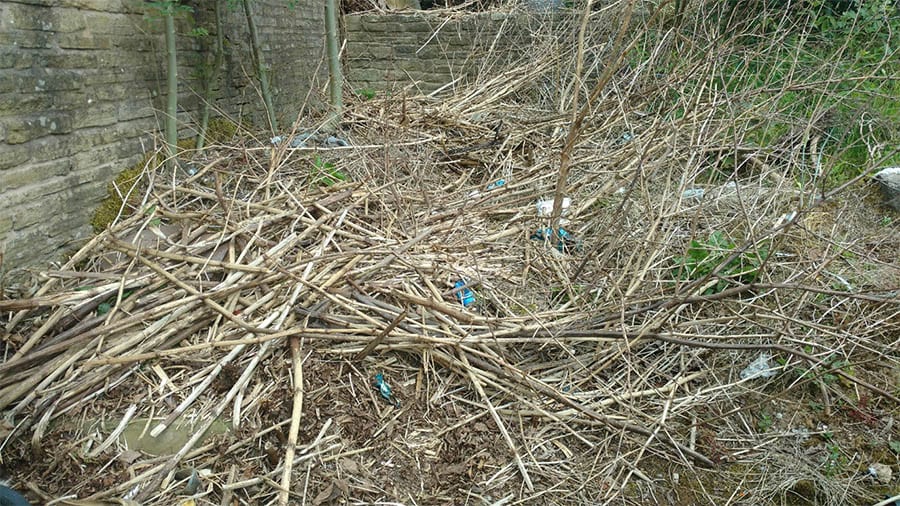 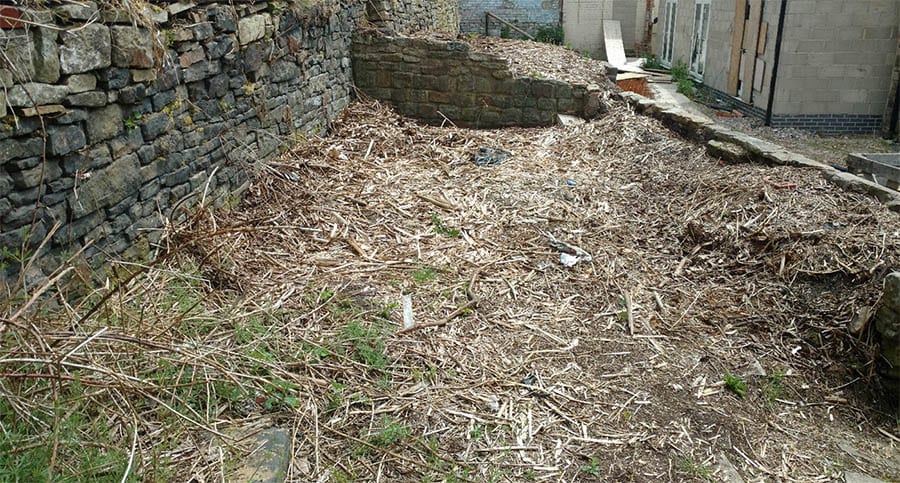 As the knotweed stand was relatively dense during the survey, some minor regrowth was observed in the end of growing season of the year 2.

The treatment will be continued later on this year as scheduled.